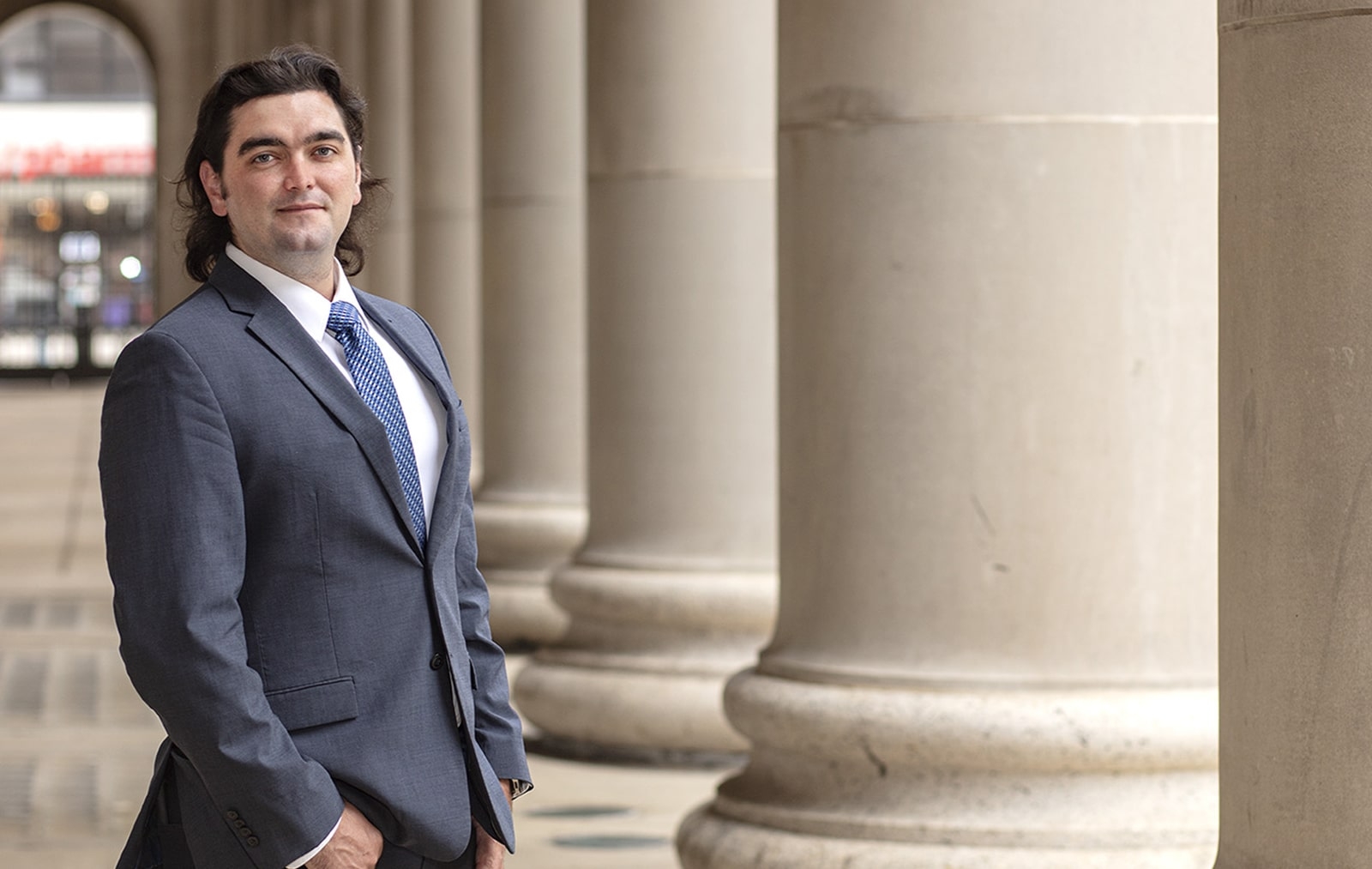 In law school, Mr. O’Connor earned certificates in both Trial Advocacy and Alternative Dispute Resolution while also representing the school in Mock Trial and Negotiation competitions.  Fluent in French and conversational in German he gained a Certificate in Global Legal Studies: International Economic Law, Human Rights and Sustainability from his time spent studying at the University of Lucerne in Switzerland.

Robert is a member of the Chicago Bar Association and is currently serving on the board for the Illinois Bar Association’s Young Lawyers Division.  He is admitted to practice law in the State of Illinois and he eligible for Bar admission in all forty jurisdictions of the UBE. In his free time, Mr. O’Connor is a bagpiper in the Shannon Rovers Irish Pipe Band.  He was also a two time All-American and Academic All-American in water polo.